Authentic cuckoo clocks from The Black Forest of Germany! 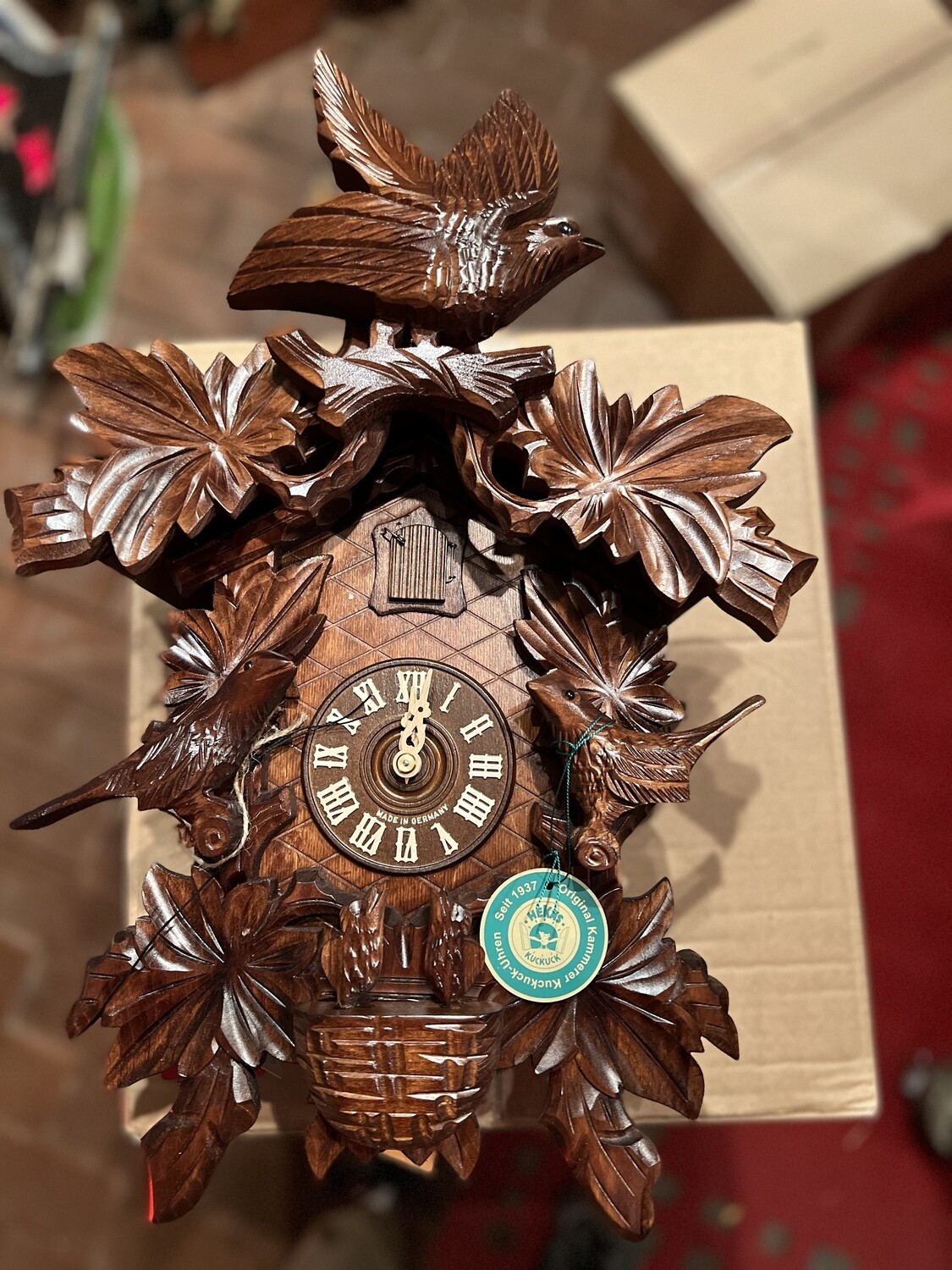 Model 831 is an 8-day Cuckoo Clock in the traditional Carved style. All clocks come with a 2-year parts warranty and feature a night shutoff switch.