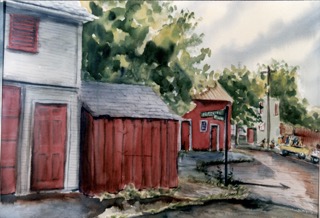 The Red Stable wasn’t always a gift shop. Let’s step back in time to 1872 when immigrants were still settling in German Village, known then as “die alte sud ende” (the old south end). Built by Joseph MacNamara, our ‘little red barn’ was originally used as a horse livery. Later Henry Waldschmidt and his son William used the stable as a wagon repair shop. The family also owned the blacksmith at 595 S 3rd St., which is now G. Michael’s restaurant. Over time it was also used for ice storage, where they lined the walls with cork, and as a service garage with the advent of the automobile. To this day, the stable has always adapted to the changing needs of the community.

German Village enjoyed decades of growth and prosperity throughout the nineteenth century. Later, anti-German sentiment caused by the First World War and city zoning regulations sent the neighborhood into decline. As German heritage was shunned and nearby breweries were closed due to prohibition, residents were forced to find jobs, and eventually homes, outside of the (now) historic area. By the 1950s the area was a slum and the city demolished one-third of the neighborhood to make way for the new interstate highway system. Facing the threat of total demolition, the neighborhood was saved in 1958 by Frank Fetch, and a group of like-minded neighbors, who created the German Village Society to promote and protect the rehabilitation of the “the Old South End”. It was during this time that Phil Keintz, a local artist who designed props for the famed Kahiki restaurant and helped rebuild the Umbrella Girl fountain in Schiller Park, created The Red Stable. Phil used the stable as his custom art studio and gift shop, featuring Ohio artists.

So when you find yourself strolling down the brick streets of German Village, appreciating the historical architecture and ironwork, remember to shop into The Red Stable, opposite Schmidt’s Sausage Haus. View our ever-changing and seasonal inventory of locally made souvenirs and gifts. Plus be sure to visit our local art gallery on the second floor, showcasing originals and print reproductions of German Village, Columbus and Ohio. 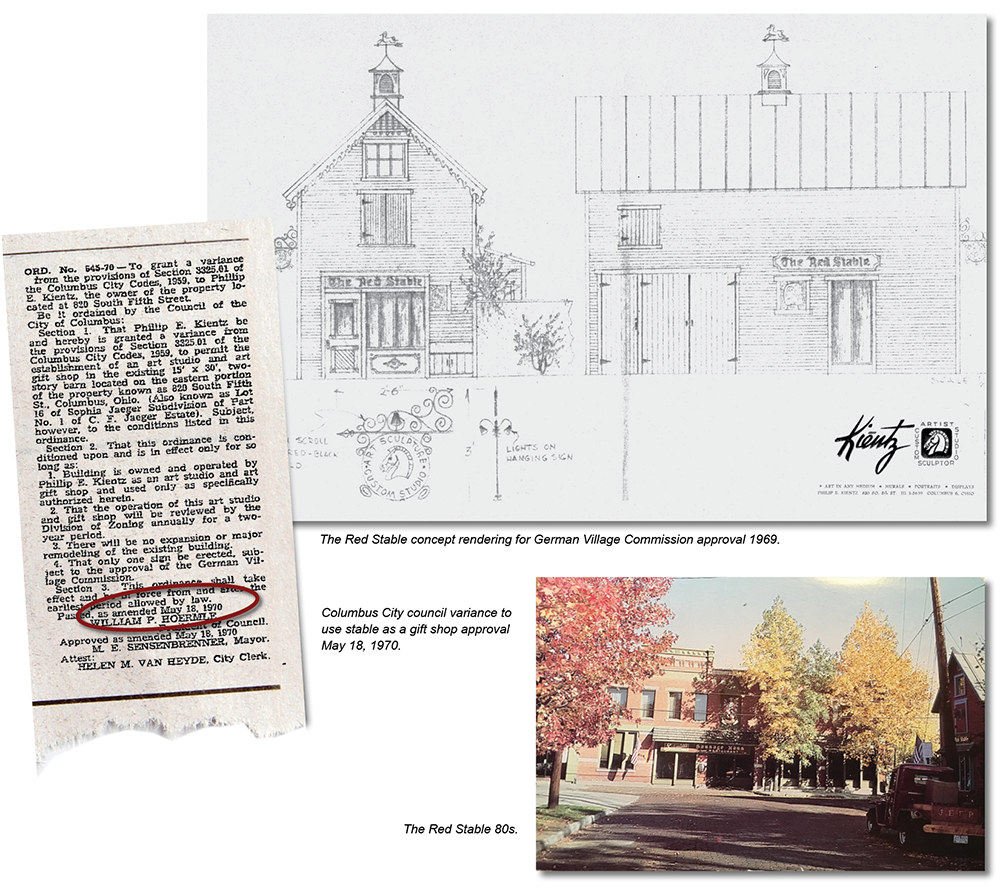 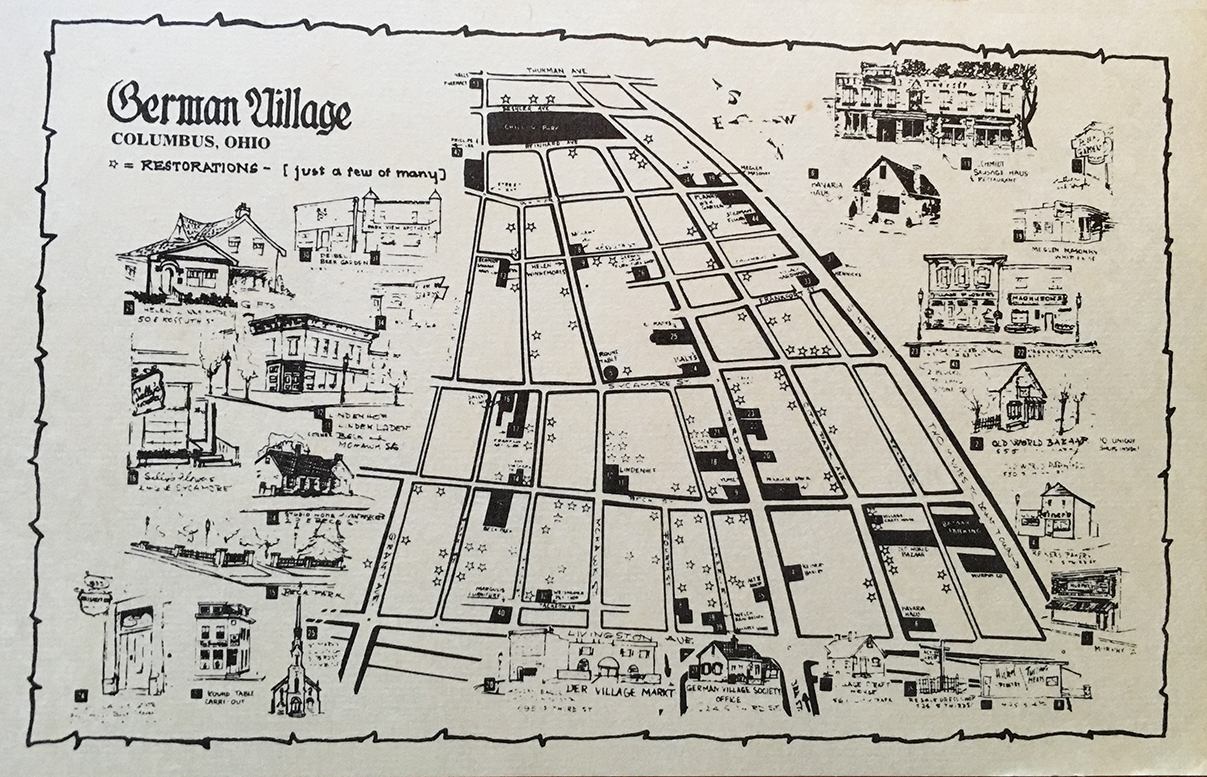